In our opinion, the young people of today are … bloody fantastic!

In recent years, we’ve been fortunate enough to be involved with three exceptional young kiwi men who are each making a huge difference in an area they feel passionate about.  We’d love you to join us. 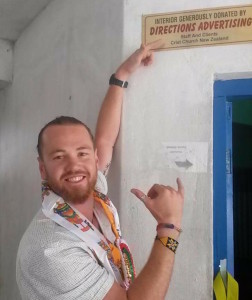 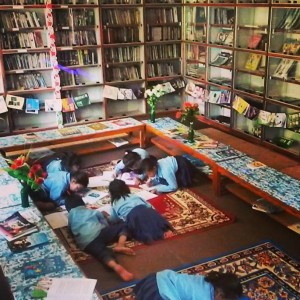 Southlander Dan Keys was working as a hiking guide in Nepal when the earthquakes struck, and saw first hand the extent of the destruction.  Since then he and his committed group of (mostly young) people at Active Hearts Himalaya have worked tirelessly to provide support to the Nepalese, particularly in the less accessible areas of the country.  Last year, our wonderful clients helped us pay for the fitout of a new library in the village of Khule – a remote Himalayan area which until then had no access to library facilities. Next year we plan to visit Nepal with our son Mark, an experienced alpine guide, to view the villages firsthand and add more books to the library.  Follow the fascinating journey of Dan and Active Hearts Himalya on Facebook . 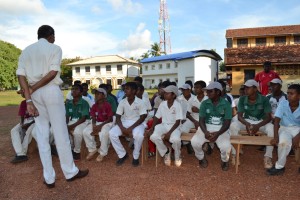 underprivileged children, using it as a medium to develop life skills, provide education, direction and opportunity, and above all give these children a pathway to a better future.  In the few years the foundation has been operating it has already dramatically changed the lives of 350 children and their families in Sri Lanka.  As part of his goal to have 1,000 boys and girls involved in the programme by 2018, we recently visited Sri Lanka, met with many of the staff and pupils involved in the Foundation, and helped Alex put together a presentation to one of the largest companies in India in an effort to bring this hugely successful programme to that country as well.  We are also working to bring a large NZ multi-national into the Cricket Live fold – more later! 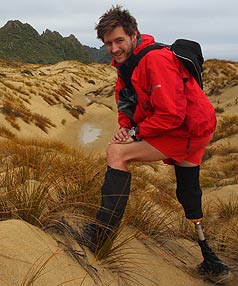 William Pike was caught in a volcanic eruption on the slopes of Mount Ruapehu in September 2007. He suffered numerous life threatening injuries, and as a result, his right leg was amputated below the knee, requiring extensive recovery and rehabilitation.

By adopting a positive attitude and moving on he became a living, breathing example to people of all ages by forming the William Pike Challenge Award.   This is an outdoor activity programme for Intermediate and Primary Schools and community groups.

It is tailor-made to fit each group’s needs and provides a gateway to new experiences, opportunities and a means of developing a positive youth culture for the nation.  In June 2017, William won the Peter Blake Leadership Award, just a few weeks after he and wife Bex welcomed a baby daughter into the world – Jeremy was MC at their wedding in 2015.